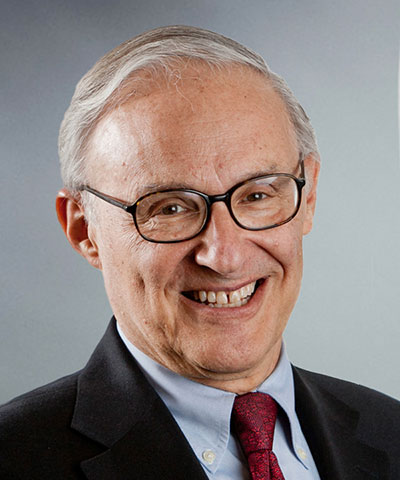 Prof. Leon R. Kass is Dean of the Faculty at Shalem College, Professor Emeritus in the Committee on Social Thought at the University of Chicago, and Scholar Emeritus at the American Enterprise Institute in Washington, DC. A lifelong enthusiast of liberal education, he was trained in medicine and biochemistry before shifting from the practice of science to thinking about its meaning. For more than 50 years, he has been engaged with ethical and philosophical issues raised by biomedical advances, and more recently with broader cultural issues and the wisdom of the Hebrew Bible.

Kass taught at St. John’s College and Georgetown University before returning, in 1976, to the University of Chicago. He served there until 2010 as an award-winning teacher, noted for his deep involvement in undergraduate education and his commitment to the study of classic texts. Together with his late wife, Amy Kass, he helped found a core humanities course titled, “Human Being and Citizen,” as well as a degree-granting major, “Fundamentals: Issues and Texts,” which emphasizes big questions and great books. His own books include The Hungry Soul: Eating and the Perfecting of Our Nature (University of Chicago, 1999); Life, Liberty, and the Defense of Dignity: The Challenge for Bioethics (Encounter, 2004); The Beginning of Wisdom: Reading Genesis; Leading a Worthy Life: Finding Meaning in Modern Times (University of Chicago, 2006); and his recent Founding God’s Nation: Reading Exodus (Yale, 2021).

From 2001-2005, Kass was Chairman of the President’s Council on Bioethics, which, under his direction, produced seven books on topics ranging from human cloning and biotechnical enhancement to the care of the elderly. Kass was involved from the earliest stages in developing the ideas and educational philosophy behind Shalem College; from 2016-2019, he served as Distinguished Visiting Professor at Shalem, offering seminars for both students and faculty.

The Meaning of Martin Luther King Jr. Day, eds. Amy A. Kass and Leon R. Kass (Washington DC: What So Proudly We Hail, 2013).

The Beginning of Wisdom: Reading Genesis (Chicago: University of Chicago, 2006)

Life, Liberty, and the Defense of Dignity: The Challenge for Bioethics (New York: Encounter, 2004)

Human Cloning and Human Dignity: The Report of the President's Council on Bioethics (New York: PublicAffairs, 2002)

The Hungry Soul: Eating and the Perfecting of Our Nature (Chicago: University of Chicago, 1999)