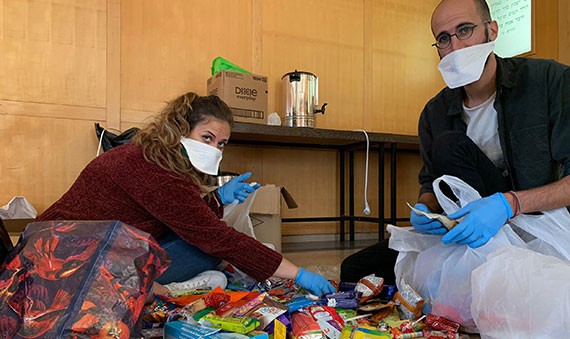 Shachar Vilner ’23 and Or Hameiri ’22 package donated food and games for delivery to Jerusalem families in need under lockdown.

When Israel declared a national state of emergency in mid-March on account of the COVID-19 pandemic, the National Union of Israeli Students was ready. To help, that is. For several weeks running, the Union—representing more than 300,000 students in 64 institutions of higher education throughout the country—had been preparing to shift into a new role, that of the state’s largest student volunteer corps in the fight against the coronavirus’ devastating effects on vulnerable populations in particular and Israeli society in general. And as Union CEO and Shalem grad Sapir Bluzer ’18, will tell you, that preparation was the key to the effort’s success: “The first step is always to understand the root of the problem; then, you can think strategically about how to help,” says Sapir. “That’s exactly how we were taught to tackle issues while at Shalem. Once you have a solid grounding in the complexity of the issue you’re facing, you can take civic-mindedness to a higher level and be much more effective.”

Sapir Bluzer ’18, CEO of the National Union of Israel Students.

For the Union, preparation took the form of convening the student-led groups responsible for the welfare of Israel’s elderly, as well as 20 different nonprofits and governmental agencies working with the aged, for discussions on the population’s needs and obstacles they might face in addressing them. Having determined that the most pressing task was the delivery of food and prescription drugs to homebound senior citizens, Bluzer and her team dispatched student volunteers throughout the country to carry it out. When, a few weeks later, local authorities took over the task, Union volunteers were integrated into local networks, with which they continue to work side-by-side. “Even before the local authorities and municipalities were able to organize their services, our students were in the field. We’re privileged to have been able to fill that critical gap in the early stages, and proud that we were able to mobilize so quickly when our country needed us,” explains Bluzer.

To date, the Union has activated a network of more than 5,000 student volunteers to help both the elderly under lockdown and medical teams in need of food and supply deliveries. And now that the Union has launched an app that enables all students to join a local volunteer network, Bluzer expects many tens of thousands more to join the effort. “We began a campaign calling on all 350,000 university and college students in the country to adopt a senior citizen, check in on him or her regularly, and ensure that his or her basic needs are met. The desire to help is there,” insists Bluzer, “and we’ll make sure it’s channeled effectively.”

Tal Eitan ’17, director of youth programming at Aharei, a nonprofit that seeks to empower youth from the country’s social and geographic periphery.

Bluzer is one of many Shalem graduates and students who rose to the challenge the coronavirus pandemic posed to Israeli society over the last six weeks, finding creative and often collaborative ways to make a meaningful impact. Tal Eitan ’17, for example, who works as the director of youth programming at Aharei, the country’s largest and most well-respected organization working to empower youth from the social and geographic periphery, joined forces with the Sheatufim Foundation to provide assistance to old-age homes throughout the country. “In keeping with our mission of enabling youth to take up positions of leadership in society, we trained our participants to teach employees at old-age centers how to maintain a sterile environment as well as a sense of normalcy despite the social-distancing measures,” says Eitan. “The initiative worked on two levels: It helped build our participants’ self-confidence and provided a vital service at the same time.”

For Sara Gazith ’19, the lockdown restrictions called into relief a problem faced by her nonprofit’s target population: lone soldiers. Gazith is the founder and CEO of an innovative leadership-training and welfare program for Israeli-born lone soldiers called Shahaf, launched while Gazith was a senior at Shalem. In recognition of Shahaf’s impact on the lives of its participants and its contribution to the country they serve, Gazith was selected as one of Israel’s “30 Under 30” in the celebrated Forbes’ Israel annual issue this year. “A lone soldier that goes into self-quarantine is truly—in a way few people can understand— alone,” Gazith says. “There is no mother or father to handle the food shopping or the laundry, if no machine is available where the self-quarantine is taking place. But there also may not be anyone to look after their emotional health, to help them pass the time through a phone call, to remind them that they matter, and that their presence is missed.”

To fill this critical need, Gazith and her team established a framework in which residents of a community in which a lone soldier was in self-quarantine were recruited to the task of looking after his or her needs, both physical and psychological. “We were in constant touch with our lone soldiers in self-quarantine to determine what they needed. We then found things that every volunteer in our system, which numbers in the hundreds, could do to help, each according to his or her abilities and resources. We did our best,” finishes Gazith, “to make sure that while our soldiers might feel lonely, they always knew they were never alone.”

Supermarkets, City Councils, and Saying “I Do” in Livestream

Alex Kalman, a junior at Shalem, was concerned about residents of nearby Jerusalem neighborhoods whose families had been hard-hit by coronavirus-related unemployment. To help, he and fellow Shalem students organized a strategic partnership with Afikim, a nonprofit that offers enrichment programs for underprivileged children and their parents. Together, they reached an agreement with two supermarket chains whereby food and games would be donated to needy families whose parents had lost their jobs—and delivered by the students themselves. “We are so glad to have been able to make sure that more than 50 underprivileged families were able to eat throughout this crisis,” says Kalman. “We students view this volunteer work as no less important than our studies: It’s an education in being part of a community, identifying a need, and recruiting others to a cause.”

In addition to the partnership with Afikim, Kalman and his team of student volunteers also partnered with the Jerusalem Municipality to purchase, package, and deliver food supplies to almost 200 local families in need.

The coronavirus pandemic had still another Shalem graduate working overtime, this time on behalf of a very different affected population: couples about to be married. As a result of stringent social-distancing measures, weddings could not be held in the presence of more than 20 people; at one point, the number was reduced to just 10. These measures required a change in plans that many couples found heartbreaking, and left others wondering whether to go ahead with the wedding at all. For Rivka Arbiv ’18, the founder and COO of Chuppot, an initiative that arranges weddings for Israeli couples who wish to be married according to Jewish law, but either cannot or do not want to do so under the auspices of the Chief Rabbinate, the challenge took her and her team into uncharted territory—of the digital kind.

Rivka Arbiv ’18, founder and COO of Chuppot, an initiative that arranges weddings for Israeli couples who wish to be married according to Jewish law, but outside the auspices of the Chief Rabbinate.

“My main goal, aside from ensuring that our couples’ weddings adhered to the regulations set out by the Ministry of Health and ensured the health and safety of the public, was to enable couples to feel that their ceremony was indeed a celebration, and a celebration in which their community could share. That required a lot of creativity, a lot of flexibility, and a willingness to say, ‘I do’ by videochat,” Arbiv laughs.

By working with the video-streaming platform Zoom, Chuppot’s staff ensured that a couple’s circles of family and friends could see what was happening in real time. As for whether it felt just like a “real” wedding, Arbiv insists that the situation required a shift in thinking about what a “real” wedding is: “Without a doubt, the couples who decided to go ahead with their weddings were really glad to have done so. Many of them told me that they appreciated that the focus was on the marriage itself, and that there were no distractions from what really mattered. Some couples said that the intimacy granted their ceremony extra meaning. It has been,” conclude Arbiv, “an honor to fulfill the mitzvah of making a bride and groom happy on their wedding day despite the difficulty the pandemic posed, and a lesson in what weddings can look like even after the pandemic is over.”

For most of Israel’s—and the world’s—population, lessening the sense of loneliness during the lockdown meant going online, whether to watch entire Netflix series or listen to lectures on Jewish philosophy (or maybe a bit of both). For those interested in the latter, senior Matanya Elitzur was happy to oblige. The coordinator of the Jerusalem branch of Beit Prat, a network of centers for Jewish learning operated by and for Israelis across the religious spectrum, Elitzur organizes lectures by well-known and up-and-coming scholars, religious leaders, and public figures on topics related to Jewish texts, thought, and culture. When citizens were confined to their homes, he and his team responded not merely by moving their learning online, but also by increasing their offerings dramatically and promoting them among the general public. The goal? Ensuring that anyone who was interested “in serious and substantive content about topics of importance of Jews and Israelis” could find it, multiple times a week.

“For some people, the situation meant more time to devote to learning things that they otherwise wouldn’t. For others, it really focused the mind. They were already thinking about life’s big questions, and our online lectures responded to that intellectual thirst. It was a way that we could do our part to make this period a bit easier for Israelis of all stripes,” Elitzur says.

Now that Israel has begun lifting restrictions, are Shalem students and graduates reverting to their “normal” roles, too? Perhaps surprisingly, most insist that the real challenge is yet to come—the challenge, that is, of keeping it up. “We’ve seen how much we’re capable of and how much more of an impact we can have. Once you’ve seen that,” says Eitan, “there’s really no going back.” 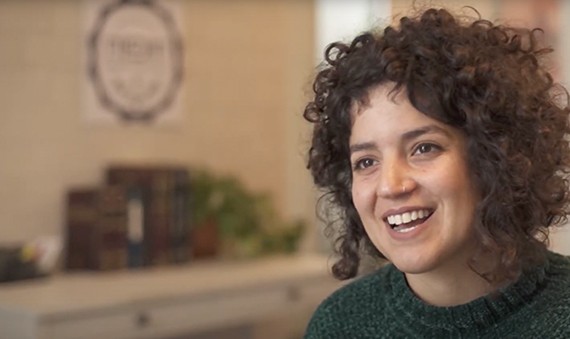 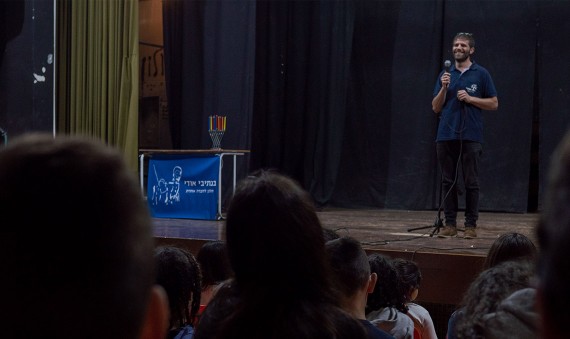 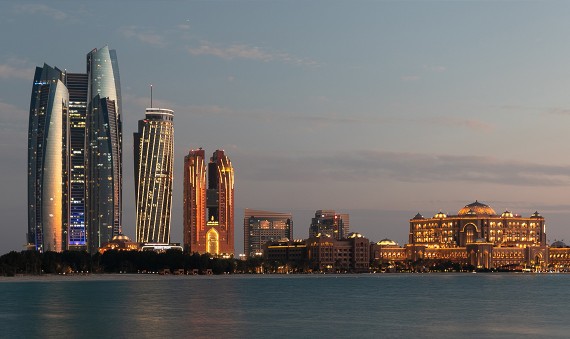 For United Arab Emirates' Assistant Foreign Minister Omar Ghobash, the biggest surprise of his recent briefing with Shalem students was not the sheer ingenuity of their ideas for UAE-Israeli cooperation…